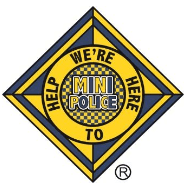 On Wednesday, the Mini Police went to the PSU suite (Police Support Unit) in Meadowfield. They learnt all about how the police are training. The Mini Police experienced the cage in the back of a police van and even held the very heavy police riot shields. Towards the end of their visit they saw the police fully armed ready for a training session. They had a great time and didn’t want to leave!

On Wednesday the mini police went on a visit to Spennymoor Police Station to see the custody suite. When we were there, we discussed what happens when a person is arrested and the rights they have and personal information they have to declare. They then showed us into the cells and explained why they were so basic. After we looked at the interview rooms and discussed what happens in there.

All the children were very enthusiastic during our visit and asked lots of interesting questions to the police officers.

Visit to the Mosque in Newcastle

For their last assignment for the year the Mini Police visited a mosque in central Newcastle this week.  Whilst there they learnt about the beliefs of the Muslim community and discussed with the brother how this is misunderstood when linked to terrorism in the world.  They found out about the importance of the Qu’ ran and traditions in the Islamic faith such as Ramadan.

Our Mini Police were lucky enough to visit the Police Support Unit (Riot Training) in Meadowfield this week.  This enabled them to get a taste of life as a riot policeman.  First they looked at all the different types of doors the police are trained to open using the ‘big red key’, then they moved on to finding out what happens when someone is arrested; from being locked in the back of a police van to the custody room to the cell.  They were then able to watch police officers riot training.  First they observed how they work in a prison and then on the street.  They got the chance to sit in the police riot vans and try out the different riot shields.

Some of our mini police attended the Commonwealth event in Durham on Wednesday 25th April.  Their job was to escort three other primary schools through the city centre and up to Durham Cathedral.  There were 1500 children in the cathedral and all they welcomed The Dean and Mrs Sue Snowdon (HM Lord-Lieutenant of County Durham) to the event.  The 53 commonwealth flags were paraded and they listened to readings from post and undergraduate students from Durham University as well as joined in on the singing of songs such as ‘One Voice’ by Barry Manilow and ‘The World in Union’.

Some of our Mini Police went along to the Lumiere in Durham to help out. Perhaps you saw some of them there!

Our Mini Police were out in force in Wolsingham with Ross and Laura to carry out their first Community Speed Watch. They monitored the speed of the cars coming into Wolsingham along Durham Road and used their emoji signs to let drivers know if they were happy with their speed or not. They managed to catch 5 motorists travelling above the speed limit!

As the nights are drawing in, our Mini Police have been reminding us of the dangers of roads especially when it is getting dark. They presented an assembly telling us all about the dangers and how to stay safe. PCSO Elms also popped in to see us.

Our Mini Police have been hard at work once more telling all of the children about the importance of being safe around fireworks. There were some key messages about how on bonfire night, the emergency services are often called to bonfires that have got out of hand instead of being available to go out to emergencies that could not be avoided, as well as some key messages about fireworks and sparklers. Have a look at their presentation for some important messages.

Just before the summer break, our Mini Police officers presented an assembly to the whole school and some of our parents to tell them all about the importance of water safety. Why not have a look at their presentation or the video below?

On Monday 22nd May 2017, we launched our Mini Police, which proved to be a resounding success.  Durham Constabulary and the National Police Air Service arrived in style with the helicopter landing on our school field, much to the delight of all the excited children and staff alike.  We had the privilege of the High Sheriff, Caroline Peacock, joining us to help us celebrate the Mini Police launch.

The Mini Police certainly looked the part in their new uniforms and represented the school well. They were able to see all of the different roles of the Police and may have gleaned experience to use in their role.

The Mini Police is a scheme run by Durham Constabulary for children from primary schools in County Durham which aims to educate, do community projects and achieve rewards. We cannot wait to see our Mini Police Officers grow in confidence in their new role!

Thank you to all involved for making our launch a memorable one!

Applying to be a Mini Police Officer

Before we decided who our Mini Police Officers should be, we asked them to apply for the job. They wrote letters of application that were then read by PSCO Elms and Mrs Adamson. The children who had applied were asked to come to a short interview before they were sent letters of appointment.